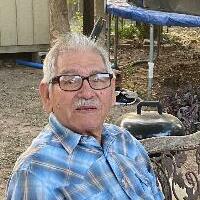 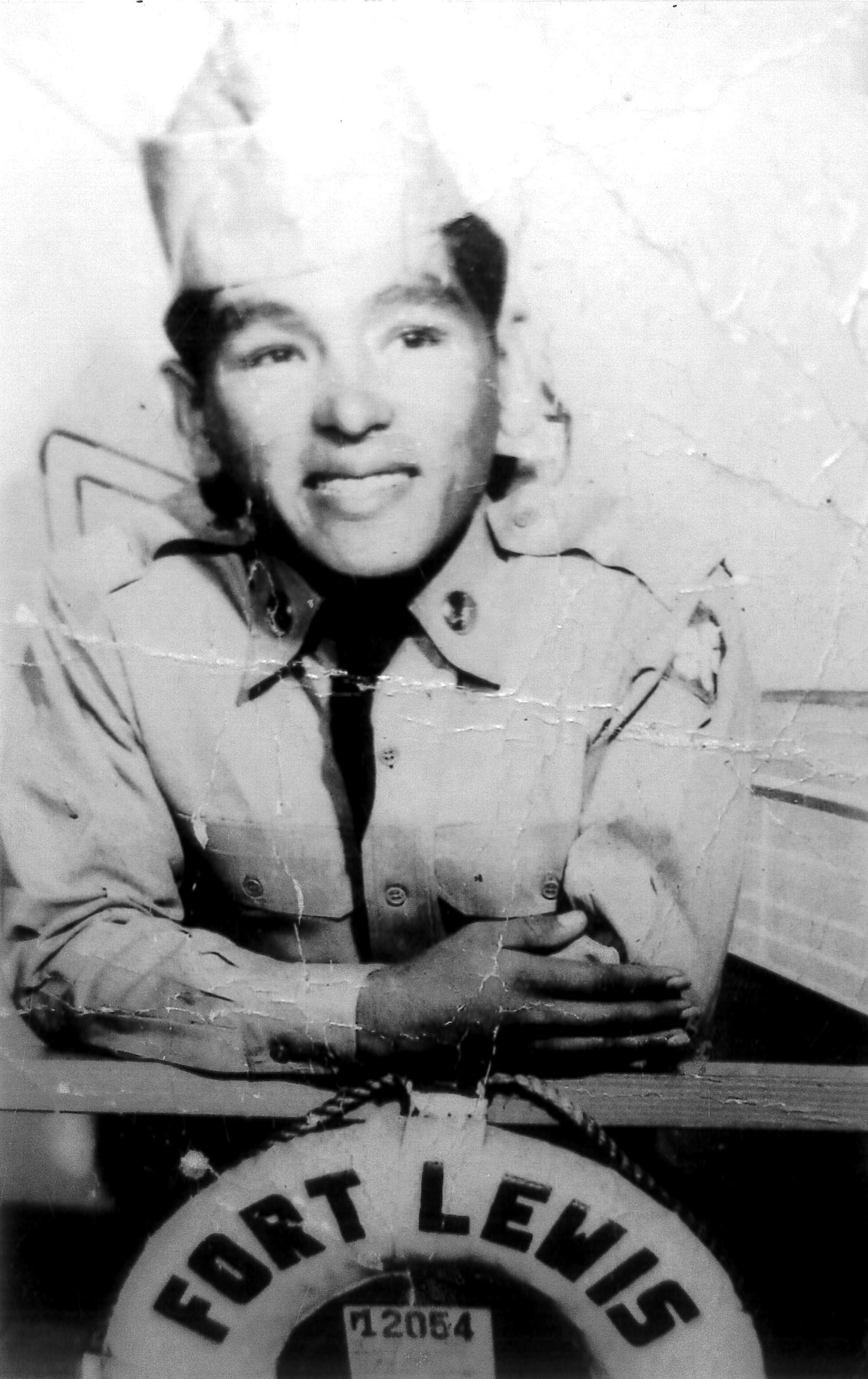 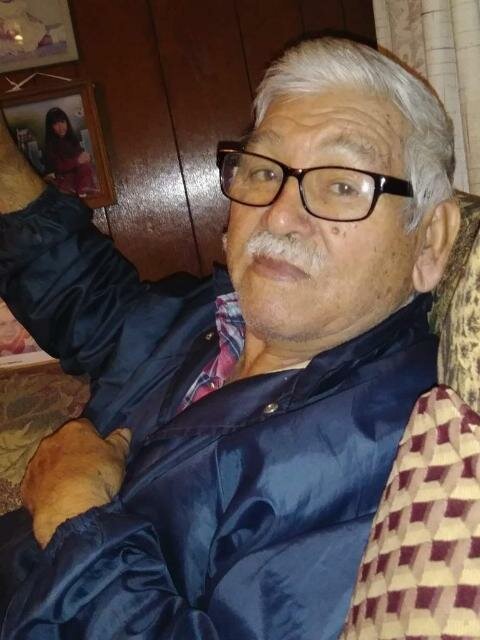 Please share a memory of Israel to include in a keepsake book for family and friends.
View Tribute Book
In loving memory of our father, Israel Garcia, of Port Isabel, Texas, who passed away at the age of 88 on October 29th, 2022, after a long battle with dementia. Israel was the 6th out of 7 children born to Catarina Cuellar Garcia. His father, Pedro Garcia died when he was a little boy and his mom needed everyone to help provide for the family. At a young age he helped out at his mom’s food store, Doña Catarina’s tienda “La Copa de Oro”, located in El Mexiquito neighborhood of Port Isabel. If you drive by South Garcia Street today, you can still see the original, enormous, black caldron where his family cooked food to sell to the locals. In the morning, before he could go to school, he needed to sell and deliver pan dulce. He remembered attending a little Catholic school in his younger years but only got to attend up to the 9th grade. What Israel didn’t learn in a typical school, he learned in the school of life; how to pick and shuck oysters, how to gig for flounder and how to work on shrimp boats. Israel is fondly remembered as “El Bolillo”, although no one knows when or why he got that nickname. He would often tell stories of his life as a young man and they would usually include his siblings: Esperanza Bustamante, Maria Garcia Reyes, Genaro Garcia, Ricardo Garcia, Librado Garcia and Pedro Garcia, Jr. Sadly, all his sibling preceded him in death and “Bolillo” was the last of his generation. In his early 20’s, Israel served in the United States Army during the Korean War, stationed in Ft. Lewis, Washington and earning a Medal of Good Conduct while stationed in Korea. He would become a Heavy Weapons Specialist in Company M., 21st Infantry, APO 24 and later served as a reservist before concluding his honorable discharge in 1963. During his years in the Army Reserve, he returned home to Port Isabel and found the most beautiful young woman that would be his love for over 61 years. Israel and Felicitas Galvan would marry on December 20th, 1959 and together they would raise 3 boys (Israel, Jr. aka “Bolillito”, Jorge and Alvaro) and 3 girls (Mirna, Amelia and Christine). Having a large family meant finding ways to provide. Israel would work with P.I. Sanitation, custodial services with P.I. School District & Merchant’s Marine Bank and as a tugboat captain during the construction of the Queen Isabella Causeway, before joining the Cameron County Parks & Rec Department in South Padre Island, Texas, in 1974. He loved his crew and stayed with the county until his retirement. Early in life, our father learned the importance of hard work and he instilled that same work ethic in his children. His grandchildren & great-grandchildren knew him as just “Grandpa”; someone who loved fishing, listening to music and singing along to songs of “Los Tres Panchos” and Javier Solis. After his retirement, he would take his sweetheart out dancing into the late night and after closing hours, you could find them at Whataburger. Grandpa and Grandma Eliza never missed a firework display or family barbeque. Holidays were important to him and he loved to make a huge pot of menudo for New Year’s. Hands down the best menudo anyone ever tasted. Israel was a devout Catholic, who still carried his Rosary, especially during his last years. Israel was often overheard telling his grandchildren, “You just need to listen to God, and he will tell you what you need to do”. And in the end, he was surrounded by the family he loved so very much. Israel was a true role model, who we will always look up to. One of the kindest souls on this planet, our father, father-in-law, grandfather and uncle was a gentle, giving man who worked tirelessly to ensure that his family had everything they needed. He faced every challenge in life with admirable strength and courage. Best advice he gave was “Don’t worry about the mules, just load the wagon”. Dad, you are now at peace, but you will live on forever, in our hearts. We love you so much. Israel “Bolillo” Garcia is survived by his loving children: Israel Garcia, Jr. (Dora López), Mirna Garcia (Jesus Pérez), Amelia Garcia, Jorge Garcia (Carrie A. Garcia), Jose Alvaro Garcia (Teresa Nuñez) Garcia, Christine Lizette Garcia, 16 grandchildren, 14 great-grandchildren and countless nieces, nephews and friends. Visitation and vigil will be held at Thomae Garza Funeral Home, in San Benito, Texas on Monday, November 7, 2022, from 5-9 PM with the Holy Rosary will be prayed at 7 PM. The Mass of Resurrection will be celebrated on Tuesday, November 8th at 11 AM at Our Lady Star of the Sea Catholic Church, in Port Isabel, Texas, with cremation to follow in accordance to his wishes with full Military Honors to be conducted after the service. Honored to serve as pallbearers are: (grandsons) Daniel Alberto Rodriguez, Jose Santos Moncivaiz III, Israel Adrian Garcia, Alexander Raul Garcia, George Cameron Garcia, and Hugo Murillo. Honorary pallbearers are: (grand-daughters) Amanda Renée Moncivaiz, Lauren Nicole Garcia, Rebecca Michelle Garcia-Murillo, Jessica Yazmin Perez, Mary Elizabeth Garcia, Crystal Liz Garcia, Natashua Liz Garcia, Gianna Micaela Garcia, Lily Elise Garcia and grandson Ryan Andrew Padilla. You may sign the online guestbook, light a remembrance candle, or send words of comfort to the family of Israel C. Garcia at www.thomaegarza.com. Funeral arrangements entrusted to the care of Thomae-Garza Funeral Home and Crematory, 395 S. Sam Houston, Blvd., San Benito, TX 78586.
To send flowers to the family or plant a tree in memory of Israel Garcia, please visit Tribute Store
Monday
7
November

Look inside to read what others have shared
Family and friends are coming together online to create a special keepsake. Every memory left on the online obituary will be automatically included in this book.
View Tribute Book
Share A Memory
Send Flowers
Plant a Tree