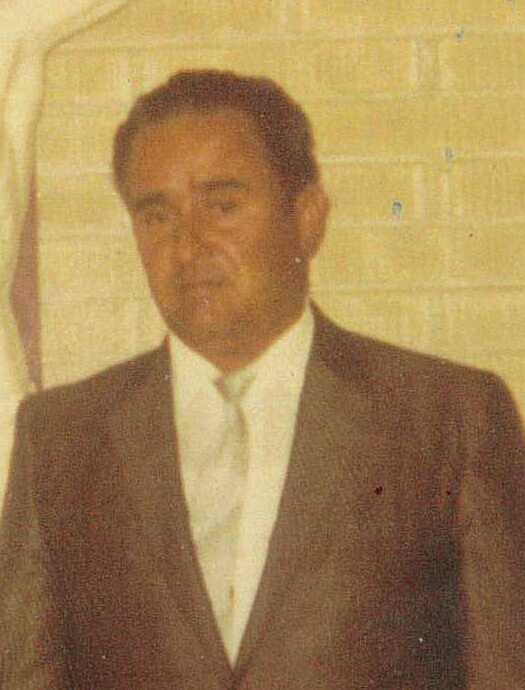 Please share a memory of Carlos to include in a keepsake book for family and friends.
View Tribute Book
Carlos Jaime Galvan, of Port Isabel, Texas departed in peace at the age of 94 on Monday, July 18, 2022. Carlos Jaime immigrated from Mexico to Texas as a teenager in the mid-1940s to work as a sailboat fisherman on the Laguna Madre Bay. He then joined what was a rampant shrimping industry. He was a rig man for 48 years. It was through his work that he met his beloved wife at the Port Isabel shrimp basin. They got married and had six children, three sons and three daughters. He was a simple man of few words, but with much wisdom. He loved to garden and raise chickens. He was recognized in the community by the unique way he wore his caps, with the visor flipped upwards. His favorite sports were baseball and boxing. At the seat of the living room, he experienced boxing matches as if he were in the ring himself, physically punching through the air and fighting a good fight. His favorite song was “Amar y Vivir” by Vicente Fernandez and he lived by the very concept of celebrating life with family and friends. For those who came to his house, he greeted them with an offering of a shot of tequila or brandy. He toasted, always celebrating a moment in time for life itself. He is preceded in death by Parents Santos Galvan, Sr. and Francisca Fuentes Galvan; two brothers, Santos Galvan, Jr. and Osvaldo Galvan; four sisters, Graciela Galvan Pena, Blanca Herlinda Galvan, Micaela Zamorano, and Lilia Quintero and daughter-in-law Nicole Galvan. Left to cherish his memory is his loving wife of 64 years, Paulita Galvan; three sons Carlos Jaime Galvan, Jr. (Burnie), Efrain Galvan (+Nicole), and Gaspar Galvan (Valentina); three daughters, Margarita Infante (Miguel), Francisca Saldivar (Alberto), and Noelia Santiago (Jaime); one Brother Jose Efrain Galvan, Sr and one Sister Concepcion Rodriguez; 16 grandchildren; 21 great-grandchildren; several nephews; nieces; and other relatives. Visitation will be held on Thursday, July 21, 2022, from 5:00 p.m. to 9:00 p.m. with a Holy Rosary at 7:30 p.m. at Thomae-Garza Funeral Home in San Benito, TX. A Funeral Mass will be held Friday, July 22, 2022, at 11:00 a.m. at Our Lady Star of the Sea Catholic Church, 705 S Longoria St, Port Isabel, TX with interment to follow at the Port Isabel City Cemetery. You may sign the online guestbook, light a remembrance candle, or send words of comfort to the family of Carlos Jaime Galvan at www.thomaegarza.com. Funeral arrangements entrusted to the care of Thomae-Garza Funeral Home and Crematory, 395 S. Sam Houston, Blvd., San Benito, TX 78586.
To send flowers to the family or plant a tree in memory of Carlos Galvan, Sr., please visit Tribute Store
Thursday
21
July

Share Your Memory of
Carlos
Upload Your Memory View All Memories
Be the first to upload a memory!
Share A Memory
Send Flowers
Plant a Tree