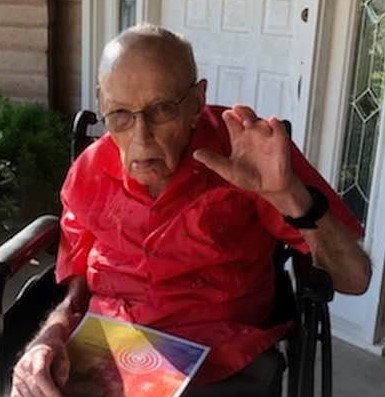 The Cowgills were Quaker Dairy farmers in Yorkshire, England. Ellen Cowgill and her sons migrated to America with William Penn on several of the ships he provided to escape persecution in England.

Some Cowgills were indentured servants. Some married into the Coffin families, also Quakers, who headed to settle Nantucket Island.

Some Cowgills settled in New Jersey. Others settled in Pennsylvania, where Quaker historical records are very specific as to the aid given by the Cowgill families to soldiers during the Revolutionary and Civil Wars.

One branch of the Cowgills kept moving west, until we find Samuel Coffin Cowgill settled in Summitville, Indiana. He owned several clay tile manufacturing plants throughout the Midwest.

At some point, Samuel Coffin Cowgill happened upon and became inspired by promotional material touting the Rio Grande Valley as an agricultural paradise, as well as a location offering ideal weather.

Why put up with the cold winters of the Midwest when you can plant your crops in the warm climes of the RGV?!

When the railroads provided access to the Rio Grande Valley in 1904, Samuel Coffin Cowgill took an investigation trip. This adventure led to him moving his family from the Midwest in 1911 to San Benito as pioneers.

He bought 400 acres, planted sugar cane, and became one of the original entrepreneurs who built the sugar refinery once located behind the present-day HEB. Samuel Coffin Cowgill served as President of the Sugar Cane Association.

Further, he and his son Samuel Paul were charter members of the San Benito Bank and Trust. Samuel Coffin Cowgill and his two sons, Clarkson and Paul built three homes on N. Sam Houston and began the La Nopalita Dairy.

Bob joined the Science Club to build on his inherent interests in science, engineering, and to further his quest for explorations into the unknown.

When Bob Cowgill entered Texas A&M University after graduating from San Benito High School, he was and eager cadet. He joined the Rio Grande Valley Club and the Duncan volunteers. And let’s not forget his time with the Singing Cadets! At 100 years young, Bob still sang.

In 1942, the Panama Canal was of major strategic importance to the United States. As a result, 1st Lt. Robert M. Cowgill and his battalion were sent to Rey Island, situated in Panama Bay, to protect the Panama Canal from potential attack by German U-boats and other vessels of war. At Texas A&M Bob has studied the newest innovations in radar, contributing this knowledge to Rey Island being set up as a radar station.

When on leave in Dade County, Florida, Bob Cowgill and his soldier pals stayed at a YMCA where he met Mary Etta Barley. The soldiers were starving for a home cooked meal and Mary Etta was serving in the war effort by using her acquired skills in cooking and baking. She asked him if he would like some pecan pie. When Bob finished his pie, which he relished, he asked her on a date. Bob and Mary Etta married in 1944. Three children were to follow. First came Cynthia Ann Cowgill. Cynthia Cowgill was born in 1946 in Boulder, Colorado, where Bob and Mary Etta were visiting Bob’s aunts, who owned a Sanatorium there.

Next came their second daughter, Gwendolyn Cowgill, born in 1948 in Fresno, California, where the young growing family lived and Bob worked. A son came next: Ricard Allen Cowgill was born in Mill Valley, California in 1954.

You may sign the online guestbook and send words of comfort, flowers, or sympathy cards to the family of Robert Miles Cowgill at: www.thomaegarza.com.

Share Your Memory of
Robert
Upload Your Memory View All Memories
Be the first to upload a memory!
Share A Memory
Plant a Tree