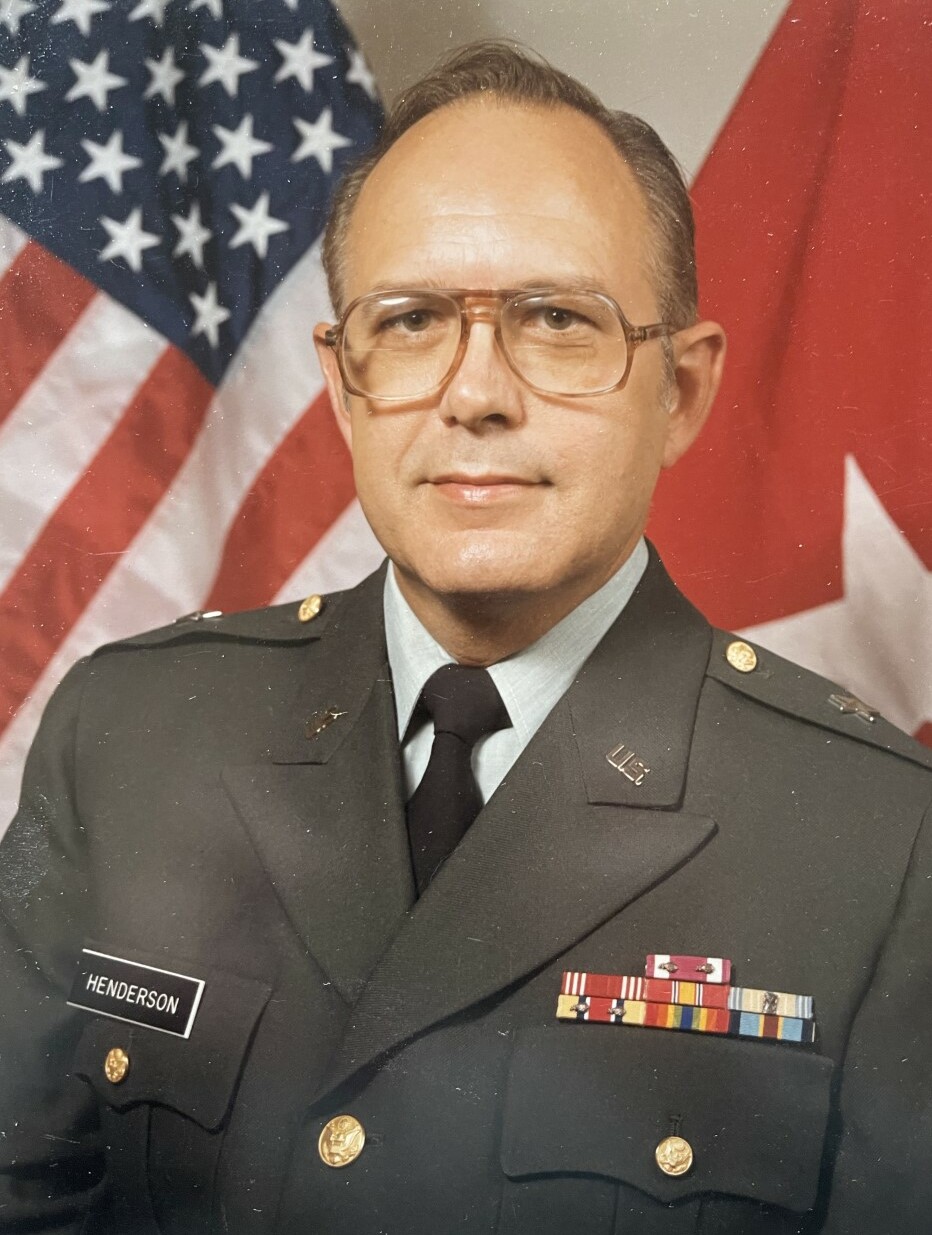 Jefferson Stierheim Henderson II, 90, of Statesboro, GA went to meet his savior on November 16, 2021, and be with his wife, Nancy Chilton Henderson, of 64 years who passed on December 26, 2020. He passed peacefully under the care of Regency SouthernCare Hospice Services at Willow Pond Senior Living Facility in Statesboro, GA. Jeff is survived by two children, son Jefferson S. Henderson III (Sheri) of Jupiter, FL and daughter Alice Henderson Hall (Darryl Hopkins), and granddaughter, Sarah Hall, and a great grandson, Casey of Statesboro, GA. He is also survived by a half-sister Mary Henderson Walker (Mark) of Springfield, MO and half-brother Robert Henderson of Scottsdale, AZ. Jeff was born on September 26, 1931 in Texarkana, Texas to Jefferson S. Henderson I and Alice O’Loughlin. As a young child, Jeff’s father had varied careers which lead to the family moving many different places. In the late 1930’s, his father was called to active duty to command a CCC camp in Minnesota, followed by a transfer to another CCC camp in Arkansas. During WWII, the family remained in Arkansas when Jeff ‘s father was deployed to the Pacific as part of General MacArthur’s HQ. After WWII, his father took a job with the Civilian Personnel Office in Korea, and, in 1947, the entire family moved to Korea. This is where Jeff attended his first few years of high school. Also, while living in Korea, Jeff achieved the rank of Eagle Scout in the Boy Scouts becoming the first American to become an Eagle Scout in Korea. When they left Korea, the family moved to Mena, Arkansas which is where Jeff graduated from high school. Following his graduation from high school, Jeff joined the Army Reserve in May 1949 at 17 years old. Soon after enlisting, the Korean War started, and he was activated and placed on active duty. As a Private in the Army, he was sent to the NATO HQ in Italy and Turkey. This began his service in the Army Reserve which lasted 39 years rising from the ranks of Private to Brigadier General. When he returned from Europe in 1953 and was released from active duty, he enrolled at the University of Texas in Austin, TX. While at UT, he met Nancy at the Wesley Foundation and they were married in Port Lavaca on June 30, 1956. After finishing his MA in History in 1958, Jeff began a civilian career with the Internal Revenue Service and moved to New Orleans where Jeff III was born and next to San Antonio where Alice was born. In 1962, the four Henderson’s moved to the suburbs of Washington DC so Jeff could take a job at the IRS National Headquarters on Constitution Ave several blocks from the White House. He held many positions with the IRS and even worked to create a new IRS logo which is still in use today. He retired from IRS as Chief of Employment in 1984 and from the Army Reserve in 1988. He then began his third career in the private sector working for Public Storage from 1986-1994. Jeff was a devout member of the United Methodist Church having met his wife at the Wesley Foundation. Wherever they lived, they joined a Methodist church and got involved. He was the Alexandria District Lay Leader and a delegate to the Virginia Annual Conference and served on various committees at St. Stephen’s UMC in Burke, VA. Jeff was also active in the Clan Henderson Society in Northern Virginia and enjoyed Scottish games and Fairs and wearing his kilt. Jeff and Nancy loved to travel. The family always took family vacations within the US and overseas. After they retired, they were always planning their next big trip. Upon his death, Jeff had traveled to 48 states and 30 countries. He loved studying his atlases and talking about the places he had seen and lived. Even though, Jeff and Nancy lived most of their adult life in Fairfax, Virginia, in 1995, they bought a condo on South Padre Island, TX. They spent many years being Winter Texans in January and February until they decided to move to South Texas permanently in 2016. Nancy had spent her early life in South Texas. After Nancy passed, Jeff moved to Statesboro, GA in March 2021 to be close to his daughter. His family is grateful for the good care and enriching activities he received at Willow Pond Senior Living Facility. In lieu of flowers, the family asks that memorial donations be made to the www.rockinoutalzheimers.org/ a Statesboro local Alzheimer’s foundation PO Box 2109 Statesboro, GA 30458. A graveside service with military honors will be held at Rose Lawn Memorial Gardens 4464 Old Port Isabel Rd. Brownsville, TX at 10:00 am on Tuesday, November 23, 2021. His casket will be placed in a Mausoleum next to Nancy close to the graves of Nancy’s parents. You may sign the online guestbook, light a remembrance candle, or send words of comfort to the family of Jefferson Stierheim Henderson II at www.thomaegarza.com. Funeral arrangements entrusted to the care of Thomae-Garza Funeral Home and Crematory, 395 S. Sam Houston, Blvd., San Benito, TX 78586.