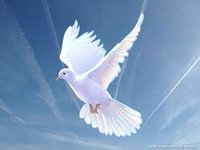 Christine E. Callaghan, 88, of San Benito passed away on Saturday November 6, 2021. Christine was born to Ernest and Erma (Thomsen) Keitges on June 1, 1933 and raised on a farm near Oto, Iowa. She attended County School Grant # 6 from Kindergarten through the seventh grade. She then attended St. Joseph Catholic School in Anthon, Iowa where she graduated from the eighth grade. She was the Queen for the May Crowning of the Blessed Virgin Mary which is always done at the end of the school year. She then attended Anthon Public School from her freshman year through her senior where she graduated in May 1952. Christine married Glen Callahan on October 31, 1954 in South Sioux City, Nebraska. They were the parents of one son, Steven Duane Callaghan, who was born May 31, 1956 at St. Luke Hospital in Sioux City, Iowa. She enjoyed gardening, flowers, and canning. She enjoyed animals when on the farm. She enjoyed traveling with Glen and making new friends. She worked at Zenith Radio Corporation in Sioux City, Iowa from September 1966 till July 1978. The plant closed shortly thereafter but she continued with friendships she made while working there. In her later years, she and Glen moved from the farm and they started the Korean Conflict Marine Reunions on June 1988. These reunions were held every two years and eventually attendance increased over capacity of the community center in Mapelton, Iowa and it was then decided to move to the convention center on Sioux City Iowa. It continued to be held there after Glen’s death in December of 2002. It finally disbanded in 2008. She made lots of friends and would still hear from many of them at Christmas time and others would stop in for short visits. She is preceded in death by her husband: Glen Callaghan, parents, brother: Wayne Keitges, Sister: Mary (Richard) Pope. Those left to enjoy memories are Steven, Lori, numerous nieces and nephews, lots of Korean Conflict Marines and their families. You may sign the online guestbook, light a remembrance candle, or send words of comfort to the family of Christine E. Callaghan at www.thomaegarza.com. Funeral arrangements entrusted to the care of Thomae-Garza Funeral Home and Crematory, 395 S. Sam Houston, Blvd., San Benito, TX 78586.