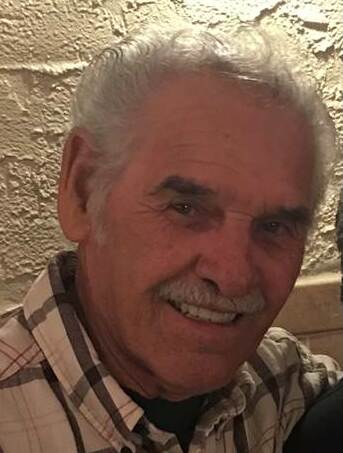 Rolando G. Robles, 79, entered eternal rest on Saturday, October 2, 2021. Rolando was born in San Benito, TX on February 20, 1942, to Marciano & Leonarda G. Robles. He attended St. Benedict Catholic Church regularly and served as an Alter Server for many years before graduating from SBHS in 1960. Shortly after graduation, he enlisted in the US Army and served in Germany until 1965. Rolando moved to Illinois, after being honorably discharged, where he met his wife, Dalia. They were married in 1967 and moved back to San Benito, TX to raise their 3 children. He received his bachelor’s degree in Education from UTB and an Associates in Bookkeeping from TSTI. He was a 3rd grade teacher at R.L. Martin Elementary for a few years before he left to start a new adventure as the manager at an R.V. Park in La Feria, TX. During this time, he helped raised his, now, 12 grandchildren. He retired in 2004 and moved with his son and family in Manor, TX in 2009. He spent his time relaxing and partaking in community activities. Rolando enjoyed playing his guitar, fishing, building small wooden projects and visiting the public library. He moved and lived in Buda TX from 2016 till 2021 and live out the rest of his life. He is proceeded in death by wife Dalia T. Robles, his parents Marciano and Leonarda G. Robles, sisters Lupita Robles, Gloria R. Butler, brother Robert Robles and grandson Juan Rolando Gurrola “Johnny”. His spirit is carried on by Daughters Elizabeth (Robert) Rodrick, Lorraine (Simon) Leal, Son Rolando M. (Miriam) Robles, Sister Irma (Daniel) Moreno, Brother Ramiro (Mary) Robles, 12 grandchildren, and 29 great grandchildren. The family would like to thank the staff of Dr. Fahim Amhed at the VA in Austin, Texas along with the palliative care group for their care and support. Special thanks to the Texas Cancer Registry and Gables Residential. Visitation will be held from 3:00 p.m. to 9:00 p.m. with a Holy Rosary to be recited at 7:00 p.m. on Thursday, October 7, 2021 at Thomae-Garza Funeral Home. The funeral procession will depart Thomae-Garza Funeral Home at 1:30 p.m. for a 2:00 p.m. Funeral Mass at St. Benedict’s Catholic Church in San Benito, TX on Friday, October 8, 2021. Burial and Graveside of cremated remains will be held at 11:00 a.m. Monday, October 11, 2021 at Veteran State Cemetery in Mission, Texas. Honored to carry Rolando to his final resting place are his pallbearers; Rolando M. Robles, Rolando M. Robles Jr., Raymond Robles, John Dominick Gurrola, Derrick Leal., and Jorge Rodriguez. You may sign the online guestbook, light a remembrance candle, or send words of comfort to the family of Rolando G. Robles at thomaegarza.com. Funeral arrangements were entrusted to the care of Thomae-Garza Funeral Home and Crematory, 395 S. Sam Houston Blvd., San Benito, Texas, (956) 399-1331.