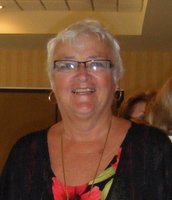 Vivian Luella Spray Contos passed away at her home in Port Isabel, Texas on Friday, January 31, 2020. She was born on April 11,1941 in the bed her mother was born in, in Rural Roseau County Minnesota to Willard Lloyd Spray and Ellen Mattson Spray. She received 2 exceptional gifts upon birth: the voice of an Angel and a Retentive memory which she used to the fullest. She was raised and educated in Thief River Falls, Minnesota, in the course of time completing the Girls Scouts of America program to age 18, receiving all badges and ranks attainable. Graduation from Lincoln High School as Valedictorian 1959, she qualified for a full Nursing Scholarship from the 40 & 8/American Legion. Graduation from Swedish Hospital Minneapolis, MN followed in 1962. Employment was in October 1962 at Northwestern Hospital, Thief River Falls, MN as a registered nurse where she rapidly progressed to Charge Nurse on the Medical Floor rising to House Supervisor in 1970. In 1972, she was selected as one of three rural registered nurses to enter the program for 9 nurses to be initiated by the University of Minnesota School of Public Health program to prove out the concept of Nurse Practitioner in the field of Medicine. 1975 brought successful completion of the course of study and qualification for licensure thru the ANA umbrella. The position of Nursing Supervisor at the Dakota Clinic Branch in Thief River Falls MN became available where she remained and practiced until her retirement in June 1995. Upon retirement of her husband Richard in September 1995, Vivian then migrated to Southernmost Texas in Long Island Village at Port Isabel, Texas where she continued to council on healthcare until the day of her death. Surviving her is her husband, Richard F. Contos LIV of Port Isabel, TX; sons: Aaron of Seymour, IN, Daniel of Thief River Falls, MN, Matthew of Winnebago, IL; her sister Judy Melby of Thief River Falls, MN; stepchildren: Michael of Upper Lake, CA, Michele of Moorhead, MN, and Christopher of Minneapolis, MN.; as well as several nieces and nephews. A memorial service will be held at 2:00 p.m. on Saturday, February 15, 2020, at Fishers of Men Lutheran Church located on 605 S. Tarnava Street in Port Isabel, Texas with Reverend Wally Schmidt officiating. A second memorial service will take place at 2:00 p.m. on Tuesday, February 18, 2020, at Zion Lutheran Church in Thief River Falls, Minnesota with Rev. John Colb and Rev. Ali Tulu officiating. You may sign the online guestbook and send words of comfort or sympathy cards to family of Vivian Luella Spray Contos at: www.thomaegarza.com. Funeral arrangements are entrusted to the care of Thomae-Garza Funeral Home and Crematory, 395 S. Sam Houston Blvd., San Benito, Texas, (956) 399-1331.